Hi I partially reverse-engineered the /plugins/UserCountryMap/svg/FRA.svg file to update it in accordance with the regrouping of French regions since January 1, 2016. namely:

See the Wikipedia page for more info about this administrative update.
Finally, we have 13 metropolitan regions instead of 22.

Editing was made with Inkscape. The method is not reproducible due to the lack of a functional map generator,
but I suppose that it's better than nothing...
However, it should be noted that even Natural Earth Data is not up to date on this point.
See the issue here 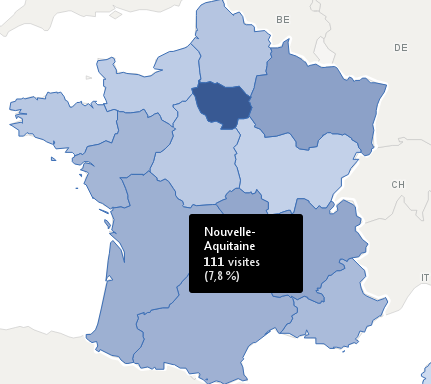