Just tested eg below and seems an array of dataTables is still returned correctly. That was my first thought that this would maybe not work.

@tsteur Guess I did that as I thought it should be the smaller change, as the JSON format actually used the PHP format before. But guess it should be fine to use original as well. 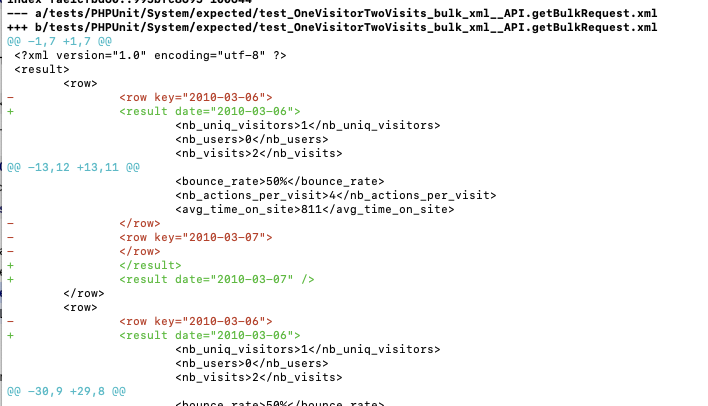 When using serialize=1 with the original handler then we see the class names in the response:

So far there are four solutions I can think of:

#4 sounds best but not really achievable unless we make some bigger changes.

It's also bit hard to know what regressions there are in other formats. Tempted to go with #1 or #2 .

@tsteur I'd go with 2. Readding the PHP handler wouldn't make things better. Also I think the bulk request feature shouldn't be used frequently and breaking the BC here shouldn't hurt too many people.