Even if JSON_PIWIK is an object, when possible assign the native JSON method again. This way it doesn't go into the else should JSON_PIWIK already be defined because the file was already loaded. Eg if you otherwise load JS tracker twice, the first time it would assign JSON_PIWIK = window.JSON, the second time it would go into the else where it then assigns JSON manually. Seeing this on a site that I'm debugging and it appears as then JSON_PIWIK might be ending up somehow with the value {}.

It is not using the loader logic

and it seems there the JSON/JSON3 value never gets assigned to exports: 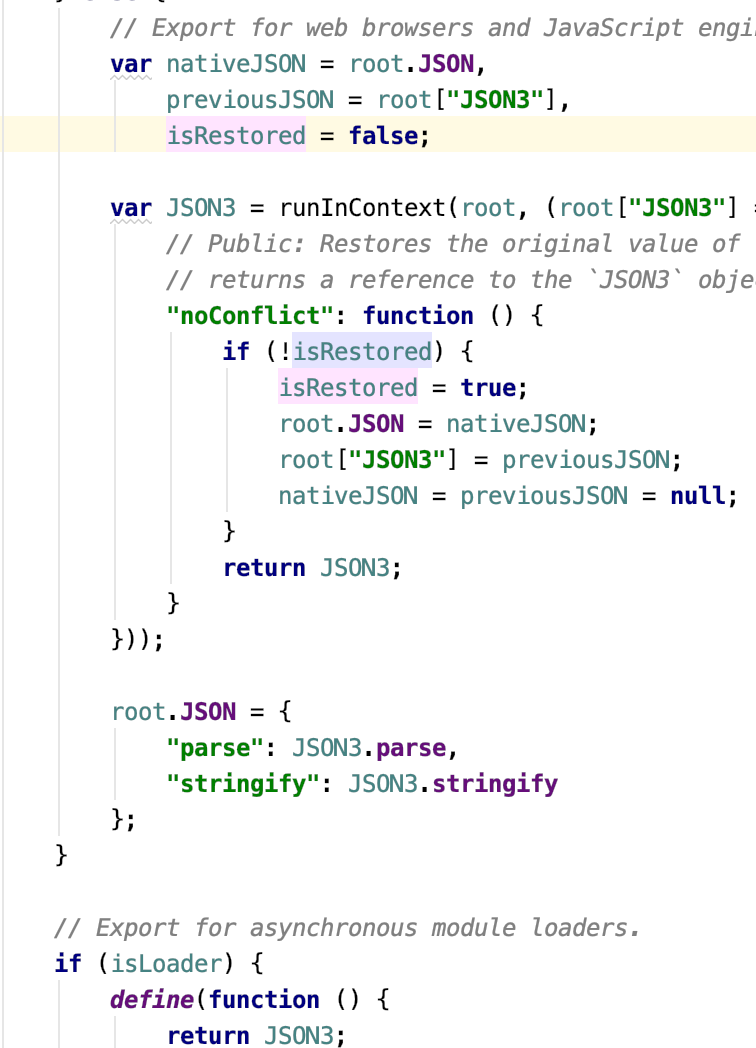 Maybe because of some incompatible amd or something I'm not sure how this is supposed to work. Anyway, as we're removing this in Matomo 4 anyway I don't want to spend too much time on it and rather fix this issue in that case by assigning window.JSON whenever possible so it doesn't even run into that code.