@ProCycleDev opened this Issue on May 18th 2018

This error was encountered on a brand new install. The error only appeared after attempting to install a plugin. It was not present before that.

After trying to install a plugin I got this error, so I fixed the permissions.

The error message still popped up.

I set 777 for the entire web directory to test and still the error message shows. 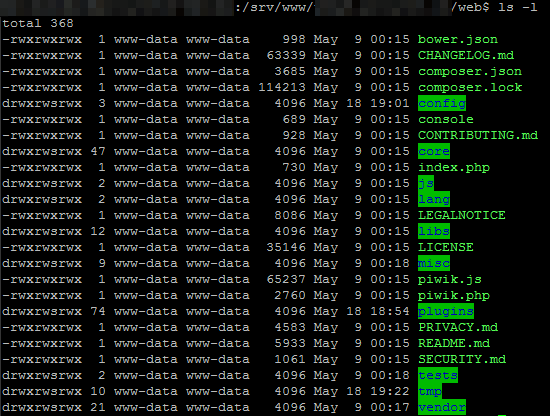 So I installed the plugin I was trying to install before and it installs perfectly fine. The error message still shows.

I cannot get rid of the error message and I don't know why.

I just found myself with this problem. The error disappears once you log out and log in again. But indeed it shouldn't persist for the session.

Where are the permissions documented? Thanks.

cheers @robertgarrigos I had a look in the code and noticed it is setting the persistent notification here: https://github.com/matomo-org/matomo/blob/3.12.0-b2/plugins/Marketplace/Controller.php#L435

It is doing this because there's a redirect afterwards. I reckon it should indeed cancel all notifications once it was shown if we are not in an AJAX request 👍

We simply need to add another method cancelAll() and call removeNotification for all notifications. We would need to see though how to detect ajax requests vs regular request. I reckon there's a header set.